Not Just for Candy Anymore: Tanzania gives vending machines a new use. 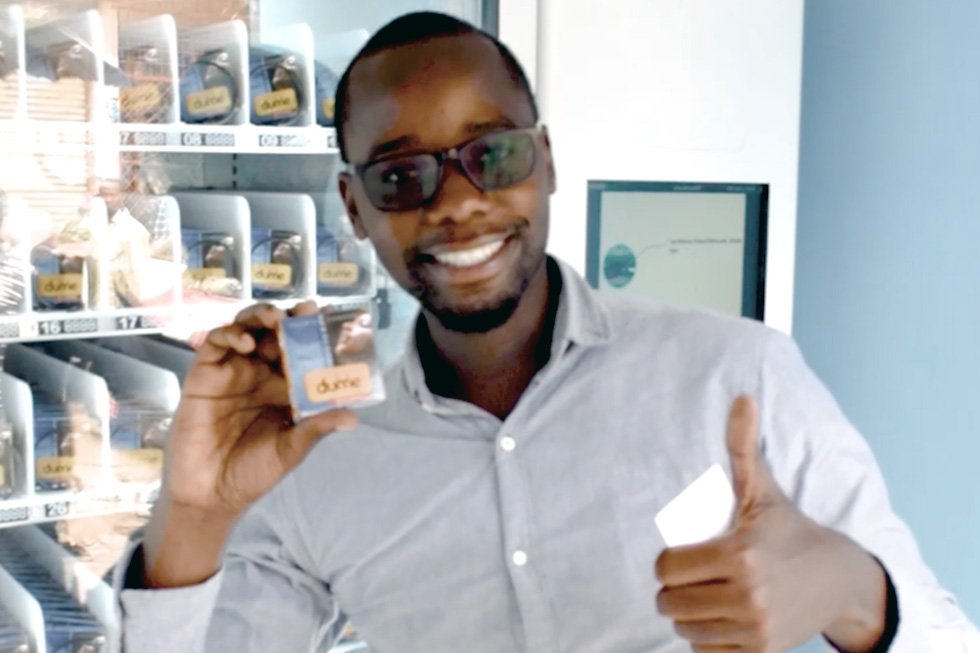 Tanzania is putting healthcare into vending machines. A look at this innovative program, run by myService, a firm dedicated to delivering health care solutions, and African Community Advancement Initiative (AFRIcai), an organization that supports community-based initiatives in Tanzania,  shows an exciting and adaptable approach to sexual health in the midst of the COVID-19 pandemic. In two of the most populated regions in Tanzania, Dar es salaam and Mwanza,  prevalence and incidence rates of HIV are high. Health leaders there faced a dire challenge- as the pandemic surged and fear of visiting clinics mounted, how could they sustain hard-won gains in HIV prevention and treatment by continuing and expanding access to products and services, especially to populations most vulnerable to HIV exposure.

The solution: vending machines and some key programming to support them. Placed outside stadiums or just footsteps from bars, clubs, brothels, or prominently near markets and bus terminals, what look like standard issue vending machines have swapped out sugary treats for free supplies of safer sex products such as male and female condoms and health education materials including videos on HIV self-testing, COVID-19 prevention, PrEP adherence  and instruction on correct condom use.  myService and AFRIcai had the right idea at exactly the right time.

Tanzania needed an innovative and effective initiative since the global pandemic threatened to reverse decades worth of progress in HIV/AIDS. In the decade before COVID, HIV/AIDS dropped from the #1 ranked cause of death to third, and Tanzania has improved in providing effective and essential health services by 10%. However, HIV prevalence among women (aged 15-49) is 6.2% compared to 3.1% in men and younger populations are contracting HIV at an increased rate. Community-based and decentralized solutions that bring life-saving tools to these communities are essential to improve access to care and relieve pressure on the public health system now and in the future.

HIV related stigma and criminalization of certain groups, such as men who have sex with men and sex workers, continue to act as a major barrier to HIV prevention in Tanzania by pushing these communities into the margins, disconnected from all health care and from HIV prevention in particular. With access to safer sex products such as condoms limited to pharmacies and health facilities, the team at myService/AFRIcai knew COVID restrictions would make matters worse.  When traveling members of the myService team saw European or US vending machines offering more than candy and soda pop the lightbulb went on, all kinds of things can go in a vending machine.   “We thought it might be even revolutionary in extending the reach of healthcare and health education. Our health systems are almost always overburdened by many patients, few health care workers, and long waiting lines,” said Mary Mpanda, Senior Maintenance Officer at myService.  With initial investments from MSPH LLC/ICAP Tanzania and approval from the MInistry of Health and the President’s office, the team from mySerivce placed 10 digital vending machines near popular meeting spaces for gay men, sex workers and young people, populations considered highly vulnerable to exposure to HIV. The result: critical healthcare has been provided where these communities work, live and socialize.

Phase one of the program aimed to reach female sex workers, men who have sex with men, people who inject drugs and adolescent girls and young women (AGYW), with safer sex products and health education. Through outreach programs, people received personalized codes to access free condoms, videos and literature from the machines.  With more than 170,000 free condoms distributed in the first 9 months,  the program exceeded expectations. Populations who use the vending machines were interviewed for a pending documentary on the impact of these vending machines in Tanzania and the feedback was strong.  One female sex worker from Mawanz region said,

“This service is great and has helped us a lot in preventing ourselves from contracting HIV, to us who have known our HIV status, we keep on implementing what we were instructed by our health providers and this includes effective use of vending machines. I would suggest for the number of condoms issued per day to increase from 3 packets to 5 packets so as to minimize the risk of contracting HIV as 3 packets are sometimes not enough per day. I would also like to see HIV pre-exposure pills  (also known as PrEP) so that we can keep on preventing ourselves.”

The overall response prompted the teams to expand the program’s scope.  Phase two consisted of community engagement events, where  individuals tested for HIV and received a 30-day supply of PrEP  along with an access code to obtain condoms and supporting health information from the vending machines. Because PrEP only prevents HIV infection, PrEP users were instructed that the condoms in the vending machines are still crucial for their sexual health, such as family planning or prevention of sexually transmitted infections. After 30 days, their access code expires, alerting PrEP users to contact the program and renew their prescriptions. The program is piloting a phase three in Dar es salaam providing the general population with codes for 24/7 access to the condoms and videos.

“This program has seen success in decentalizing and localizing health care, empowering highly stigmatized populations to take control of their sexual health and making communities healthier. We’re also capturing data on a real time basis to allow for monitoring and evaluation, hence service improvement to beneficiaries,” said Dr. Bonus Caesar, myService Director.  The success of the program has caught the eye of the government. It has just granted approval for vending machines to supply HIV self-tests and is working on a strategy to dispense oral PrEP and the PrEP ring.

Healthcare by vending machine is a model that deserves attention. Because finding easy-to-get healthcare outside the brothel or at the bus stop means reaching people where and when they need it most.

Tell Us Your Stories

Download and share social media tiles to advocate for the change you want to see in global health. 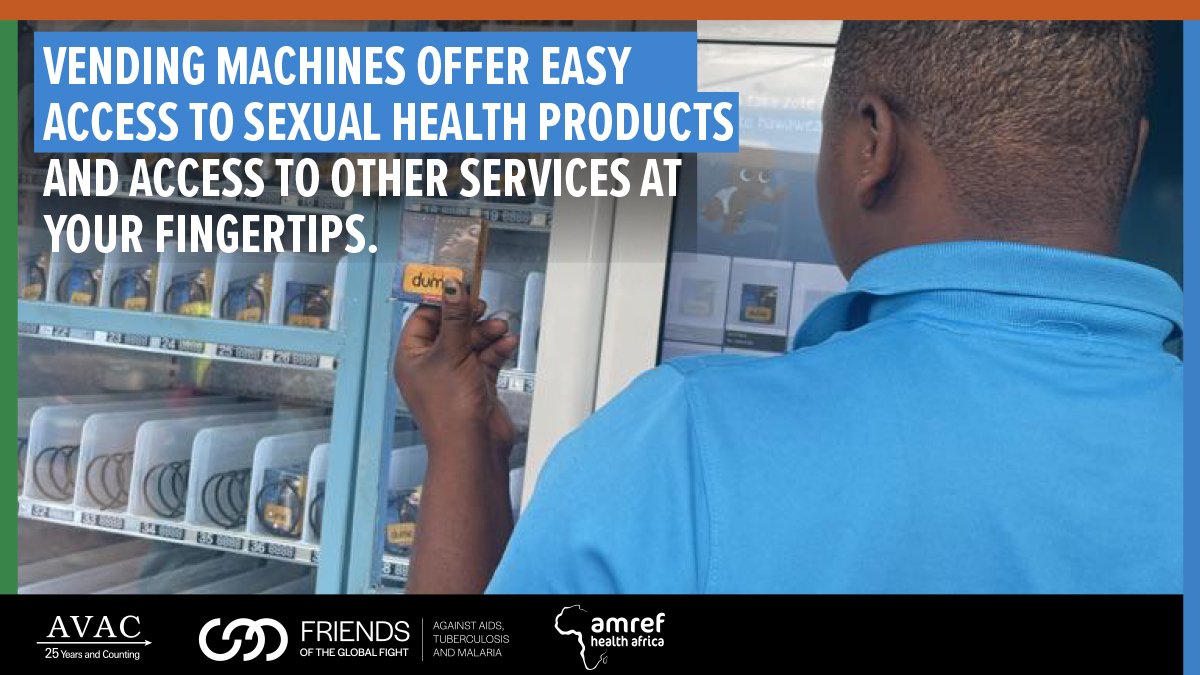 A community member in front of the myService vending machine in Mwanza region, Tanzania.

Advocate for friendly and stigma-free community-based solutions. They can enhance and support greater access to HIV prevention, especially for key and vulnerable groups in developing countries.